There are many different reasons beyond the desire for a thicker, larger or longer penis. Many men are unhappy with the appearance of their penis, even though length and girth of their penis is totally within the norm.

Reasons for a penis enlargement

Many men are dissatisfied with the appearance of their penis, even though their best piece is quite normal. The reasons beyond the desire for a larger penis are manifold:

Penis enlargement should help you to stop being distracted by such negative thoughts.

Who is suitable for penile enlargement?

Basically, almost any penis can be enlarged, but there are some requirements for surgery:

Male enhancement products, like pills and creams that are advertised on the Internet and claim to increase penis size, length or girth are clinically unproven, and some can even damage the penis. Also, there is little scientific evidence that, pumps, massage techniques, mechanical traction devices, or penis enlargement exercises alone can affect the permanent size of the penis.

The only effective methods for penis enlargement are plastic surgery and medical-aesthetic procedures.

Penis Enlargement: How it works

The male penis consists of a visible part and a part hidden within the body. During a penis enlargement surgery, the penis suspensory ligaments are severed in an operative procedure (ligamentolysis or suspensory ligament division). This allows to move a part of the “hidden” penis downwards and outside the body. So the visible section of the penis increases and is leading to a visual length gain between 2 and 6 centimeters in the flaccid state.

In addition to the cutting of the penis ligaments, further optical enlargement of the penis can also be achieved by a reduction of the fatty tissue in the pubic area. If the visible part of the penis is surrounded by a fat depot, a liposuction can make the full length visible again in some cases a fat pad reduction surgery might be necessary (pubic lift).

Penile girth enlargement surgery aims to increase the girth of the penis by injecting fat cells or hyaluronic acid dermal filler into the penis. Care must be taken, that nothing is injected into the erection chambers of the penis.

The autologous fat or hyaluronic acid dermal filler is injected under the penile skin along the penis shaft to increase the circumference of the penis. In terms of girth gain an increase of 30 – 40% can be expected.

The result obtained by the length enhancement is permanently preserved. With the penile girth enhancement the autologous fat injected during the is degraded by the body to about 30-50%, the rest of 50-70% remains permanently. If, on the other hand, hyaluronic acid is used for penis enlargement, it must be assumed that the hyaluronic acid will be completely broken down by the body after about one year. After that, treatment needs to be repeated.

I have struggled with self-confidence problems for a very long time because of my penis size. Going to the sauna or showering at the sports club was always a problem. Dr Kühhas understood me right away at the first appointment and took my wishes and concerns seriously. Through the penis enlargement surgery, Dr. Kühhas has reawakened my zest for life. From the beginning until now, he has been very concerned and has always given me a feeling of being welcome.

What about penis enlargement without surgery?
Penis enlargement without surgery is not possible. There is little to no medical evidence that non-surgical penis enlargement techniques like the so-called ‘jelqing’ and other penis-stretching methods result in a permanent penis augmentation.
Is the result permanent?
The result achieved by a penis length surgery remains permanently. However it has to be mentioned that approximately 30-50% of the fat cells injected in a girth enlargement surgery will be absorbed over the course of time, the rest remains. If hyaluronic acid is used as dermal filler to increase penis width, it is important to know that these fillers dissolve in six to 18 months. A penile girth augmentation with hyaluronic acid filler material therefore brings only a temporary result and will have to be renewed after one year.
Does health insurance cover a penis enlargement?
A penis enlargement surgery is an aesthetic operation and is not performed for medical reasons, but for aesthetic reasons. Therefore health insurance does not cover the costs incurred. The costs of a penis enlargement must therefore be paid by the patient himself.
Where does surgery take place?
Dr Kuehhas' practice is located in the center of Vienna, Austria in Europe. Ambulatory procedures take place directly in the practice. Surgeries are performed by Dr Kuehhas in a private hospital in Vienna.

Looking for a Penis Enhancement in Europe?

Your wish for more is realizable! Make an appointment today and let us discuss your wishes and goals in an open and discreet conversation. 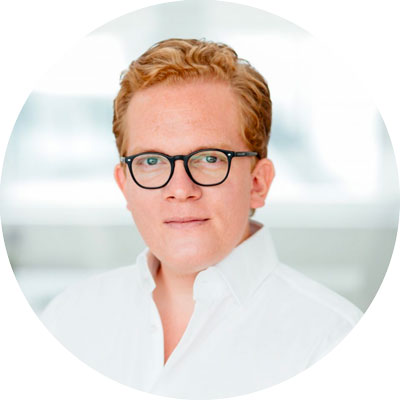 Dr Franklin Kuehhas is a medical specialist in the field of urology and andrology. He specializes in reconstructive andrology, which deals with complex issues surrounding the male genitalia. Dr. Kuehhas is among the leading physicians in Europe specializing in the treatment of congenital penile curvature and Peyronie’s disease, the surgical treatment of therapy-resistant erectile dysfunction, as well as aesthetic genital surgery for men.